The team focused this week on restlessly preparing for our upcoming Soft Opening presentation to Entertainment Technology Center faculty, in which we will represent the breadth of what we’ve accomplished this semester and exhibit a playable section of our game. The purpose of Soft Opening, or “Softs,” as it’s abbreviated within these paraphernalia-strewn halls, is for teams to receive a comprehensive round of feedback prior to the end of the semester and the official conclusions of our projects, so that polishing and revisions can occur in the window between Softs and Finals. Due to the narrative nature of our game, and the fact that each segment of it is so context-sensitive with regard to what has come before, we’re faced with the interesting challenge of how to present just a five-minute sliver of an experience that is approximately 30 minutes and have it not only indicate that we’re satisfying our goals but also embody the tremendous amount of work we’ve put into the project this semester. We plan to maximize our time with the faculty during Softs by first delivering a brief presentation which outlines all of the content we’ve created and its narrative relationship and visual synopses of each piece of content, and then by showing an approximately five-minute demo comprised of the second half of our Introductory Scene  and the first quarter of our Mid-Day Scene. Our intention with the demo is to showcase a selection of our most polished content and to highlight the emotional and tonal diversity of the game.

Excluding Soft Opening preparation, this week was similar to last in that it extended our focus on content generation and the molding of that raw content into a series of working builds. Alex continued over the duration of the week his shaping the logic of our Mid-Day Scene in Unity into its increasingly final form, and implementing the UI iterations and dramatically improved key environment models and textures, which Casey has been creating with a singular ferocity. Further, Alex heroically assembled our Softs-specific build, and Casey infused our Softs presentation with his patented typographic magic. Nathan completed the dialogue script for the Night Scene, our final major piece of content, at the beginning of the week, and he and Arseniy filmed our actress, Laura Gray, and recorded the protagonist’s voiceover for that scene, the full implementation and polishing of which will occur next week. Arseniy also edited together our second ETC-mandated promotional video, which we plan to use to promote our game on Steam Greenlight. 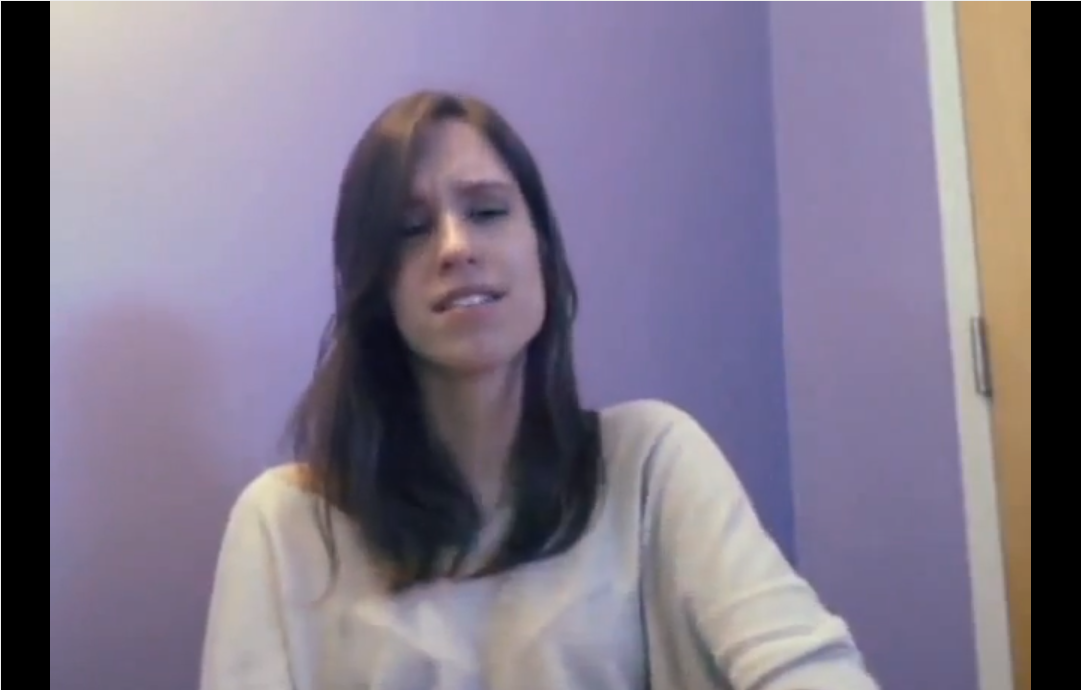 Our actress invoking the Method process in her portrayal of suspicion of our character’s motives: she is also suspicious of our motives.

The past two weeks have been among the busiest of the semester for the team, and we anticipate the project’s final weeks to be comparably frenzied. We have lofty goals for a four-person team, given our starkly limited resources, but we’ve attempted to mitigate risk and superfluousness wherever possible in the development of Prisoner’s Cinema, and we’re on the cusp of realizing the precise amount of content that we’d scoped very early in the semester. This is very gratifying. We look forward to the feedback we’ll receive during Softs, and to concluding the project victoriously.