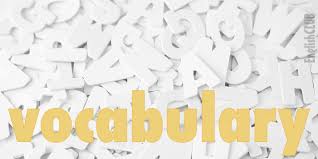 Rhythm Game: A game in which an understanding of the rhythm (and acting accordingly) is necessary to succeed.

Note Highway: Visual data concept where “Cues” follow a path until they reach an “Action Bar”

Cue: A point when an action is called for

Look Ahead: Distance between cue and action bar when cue first appears

Action/Now Bar: The place where the cue points lead up to

Cue Announce: An audio/visual asset that announces that a cue will take place

Beat-Constrained Action: When a player/world action is limited to a beat

Beat-Constrained World: An environment that contains/follows a recognizable rhythm/pattern, but the player isn’t necessarily limited to following that rhythm/pattern. Understanding the rhythm/pattern can lead to success, but is not required.

Continuous Action: A player interaction to a cue that isn’t constrained to the cue duration. Ex: Swinging

Discrete Action: A player interaction to a cue that is more limited to the cue duration. Ex: 1 button press

Call and Response: A mechanic when a player is asked to do something in response to a cue

Simon Says: A C&R mechanic where the player has to copy an action in response to a cue

Cue and Response: A C&R mechanic where a cue prompts the player to perform some action

Performative: A game type where the audience can tell if a player has “mastery”.

Flow State: A state of complete immersion in the music/rhythm that a player can achieve

Flow: What makes up Flow State