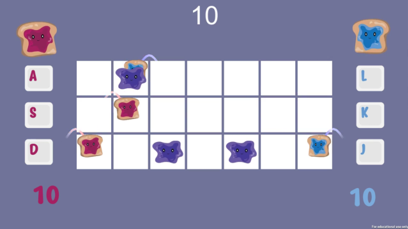 Prompt: How can we create a rhythm puzzle game?

Jelly Tracks is a co-op rhythm puzzle game where two players work together to clear a board of enemies. Each enemy is associated with a beat within the “square per beat” track, as well as a color. Guests must communicate with each other to time their actions to ultimately eliminate all of the colored obstacles.