This week, True North continued work on story iteration and game design for the interactive experience.  We produced a first draft of the story script, and created a “paper prototype” for the player interactions.  We used a branching Google survey to distribute the prototype, accessible at this LINK.  The story focused on a small group of students, faced with varied situations of academic decisions.  The goal of the draft was to create an experience with appropriate content (true to life situations and academic integrity insights) and a structure that simulated branching (Officially termed “parallel structure”).  After hearing feedback from the class on main campus, we will be adjusting the next draft to focus on fleshing out the characters to add more emotional connection.  Next week, we will release another playable prototype.  In the meantime, the class will brainstorm on sample scene scenarios that incorporate the material discussed in class.

Discussion in class also prompted another important element of the experience:  Is there a way to create an experience that immerses the user enough that they will be able to forget its subject matter of academic integrity?  That’s something to consider, and as True North continues to progress, we will be iterating on this idea of how to connect both an engaging story with insightful teachings.  On another level of the interaction design, we are weighing the considerations of replayability, “winning” criteria and player objectives.

Switching gears to programming, Hilman, Emily and Tim have set up the server and elements of the player experience.  These include moving objects, interaction, transitions and dialogue system.  In addition to these elements, we have our server up and running to host the web experience.

On the art side, True North has preliminary branding concepts, including a poster, half sheet and logo.  You can see examples of this branding in the media tab, and throughout the website.  The concept behind the branding imagery is to capture the metaphor of our team name “True North” as a moral direction.  Since the project deals with academic integrity and moral decision-making, Ross created an image that reflects the difficult path of moral integrity towards the ultimate light of what is right, the north star.  The image also plays off of the idea of a moral compass.  After some feedback, Ross added a figure at the center, pointing to the sky’s north star, allowing us to underscore the importance of following a morally focused journey.

Below are some additional notes on True North’s progress for the week.  Next week we will continue to iterate on story, and begin the process of creating assets to integrate into the interaction system. 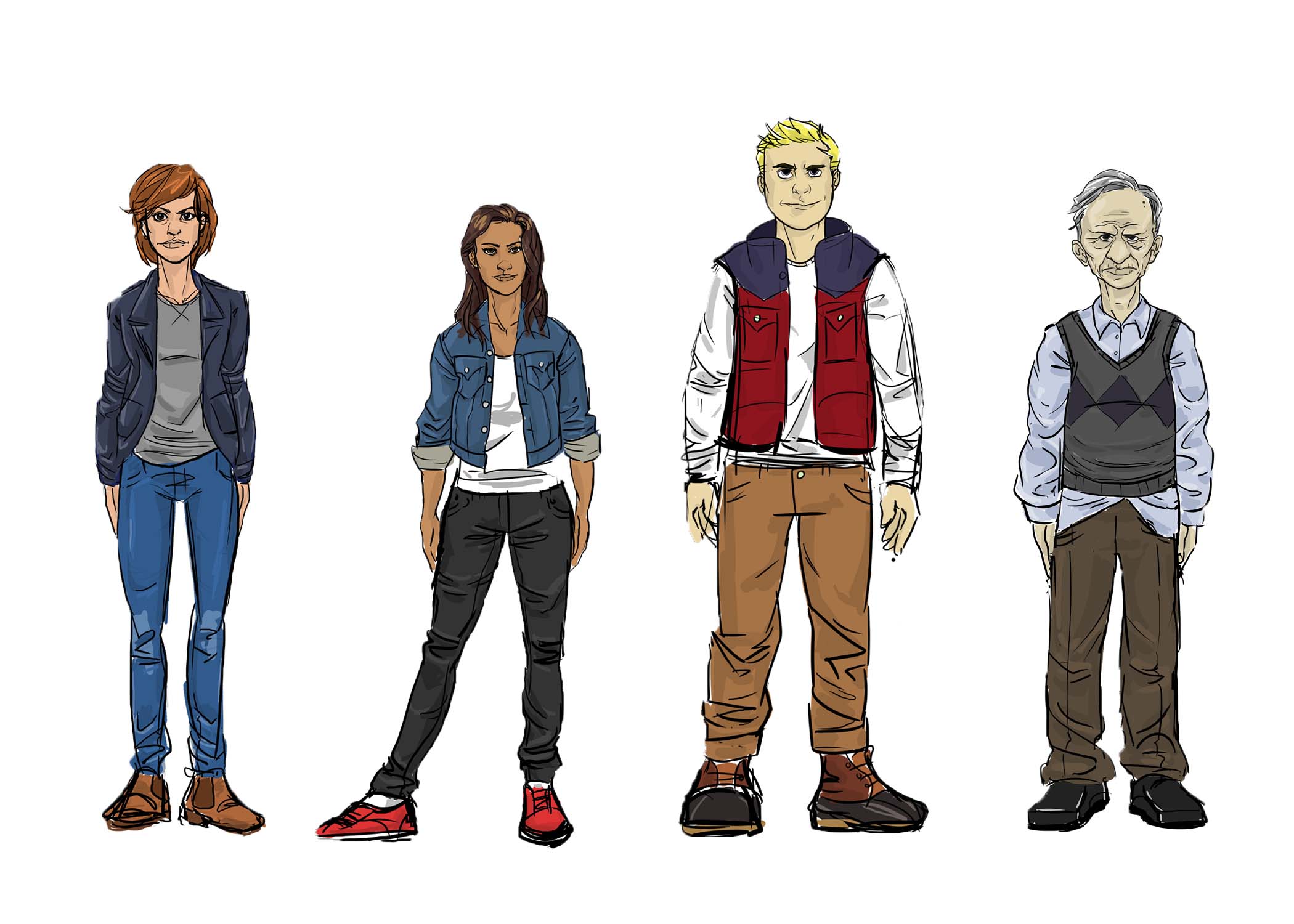 Welcome to the first blog post of team True North!  Our project for this semester is Morality Play.  We work closely during the semester with a philosophy class taught by Andy Norman to explore the topic of academic integrity and its implications beyond the university setting.  Together with our partners on main campus, we will work to create an interactive experience that informs and engages with incoming graduate students about these standards.  Our academic advisors on the project are Ralph Vituccio and Mike Christel.  Our clients are Amy Burket, Carnegie Mellon’s Vice Provost of Education, Gina Casalegno, Dean of Student Affairs.  Through them, our primary contacts on the project are Lucas Christian, Associate Director of Student Life, and Joanna Dickert, Assistant Director of Undergraduate Research and National Scholarships of the Academic Integrity Initiative Program.

To add some context to the project, CMU noticed an increase in reported cases of cheating, plagiarism and unauthorized assistance from graduate students on campus, primarily from the pool of master’s degree candidates.  In the words of our advisors, “They feel strongly that something needs to be created to address these concerns and help impress on students what ethical integrity means in both academia and their future professional lives.”  Our challenge as the ETC project team will be to create a true-to-life interactive experience that captures the nuanced decisions that we need in today’s digital world.

Below are some updates from our work this week:

Next week we will be using our research to narrow down the scope of the project, story needs and art style.  In addition to these goals, we will explore preliminary playtesting and continued research with the morality play class.

TRUE NORTH created A FINE LINE, an interactive experience for students at Carnegie Mellon. It addresses academic integrity, on and beyond campus life. In partnership with students and administrators on main campus, we aimed to create a tool for the university to educate and speak to both the practical and moral implications of academic integrity. Presented in the form of a web-based, illustrated world, the experience gives player's the ability to navigate the story, and make impactful decisions within it. It creates an environment where students confront true-to-life scenarios involving academic integrity, and reflect on how they would navigate these challenges in real life.