This week was all about mentally and physically preparing ourselves for the tasks to come:

The four of us sat down and addressed the elephant in the room: motion capture integration was coming. Soon we would be running playtests on early drafts of what would be our final build of the game in VR. In essence, it is time to start creating our deliverable.

In order to settle our fears, we drew out the semester week by week, and determined what each of us would be doing during that time.

Our schedule through the end of production (click to expand)

We still have not quite determined how audio (particularly voice over and music) are going to fit into our overall integration, but we have not forgotten them. Much of it simply will come down to getting the data back. In the meantime, we moved into the main focuses of Week 7.

Three things needed to be addressed in this week of VR development:

Brad led the team in a meeting on Monday where we reviewed what we are calling “knowns” and “known unknowns.” These are our constants and variables respectively.

The room where it happens, with all the interactive objects aglow.

The Vive Trackers opened an interesting playtesting door for us by allowing us to run a game before the character models are even complete. However, since the trackers do not have triggers and do not come with headsets of their own, they poses their own difficulties.

These difficulties have included making sure that the characters don’t accidentally walk through walls, and ensuring that objects can be picked up without the player being able to also mess with them. The walking through walls is solvable – our floor is now covered in tape markings – but the picking up of objects was more complex.

Zoe has been working hard to have each button on a keyboard trigger actions with different object: “K” opens the door, “L” allows Giuli or Luca to pick up the gun, “G” hands off the photograph. This involved plenty of finessing of the alignment of both the objects and the character puppets. While the phone could be picked up at whatever angle worked for the actor, the gun needed to aim along the pointer finger, no matter which way the hand was tilted when the actor reached for it. The result is a surprisingly smooth and immersive experience. Our Live VR puppets, with a 3D-lit version (left) and an all black flat-seeming version (right)

Sharon was hard at work this week channeling the feeling of Film Noir through lighting. Earlier in the week we had a lighting professor from the Purnell School of Drama and Emmy Award-winning scenic designer Kevin Lee Allen come by to review our set so far and give feedback on our character and environment plans.

One of the things we were struggling with was creating silhouette with the characters. We had decided we wanted to use the shadows for both dramatic effect and as a mask for a lack of facial animations that would be too out of scope. When the experts put on the headsets, they both agreed that for all that they could see more of the face that wasn’t there in the puppet on the left, they far preferred it to the bizarrely flat puppet on the right. And so we had our character direction!

Setting the Stage for Capture Our environment in centimeters

So much of what goes into motion capture is in the work done to ensure the most realistic motion. The actors have the emotional expression part down, but what about everything else? What about getting the right curve of the elbow when opening a door? Or that the character is actually looking out a window, and not at a nearby wall?

Well, that’s what measuring the environment comes down to! Brad putting down the red markers for object placement

First we marked in red where all the objects would be and how large they were. Then, after talking with Justin Macey, the research technician for the Carnegie Mellon Robotics Institute, we realized we could insert actual objects into the space without losing fidelity in motion. Armed with that knowledge, we started to acquire a plethora of random office paraphernalia. Brad drove filing cabinets from the ETC, Sharon made a Safe out of a combination of a metal cabinet and a cardboard door, and Justin literally built us a door. Justin LITERALLY building us a door

Once all the pieces were in place, we had our final rehearsal before mo-cap. It was important to us that we had one rehearsal where: 1) the actors were rehearsing as though they were actually being recorded, and 2) the rest of the team could watch and provide feedback on certain motions and positions that seem innocuous but could be problematic.

All in all it was an incredibly busy and successful week of preparations, and we can’t wait to see where it all leads! 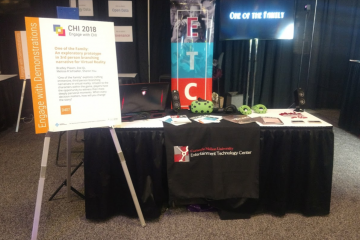 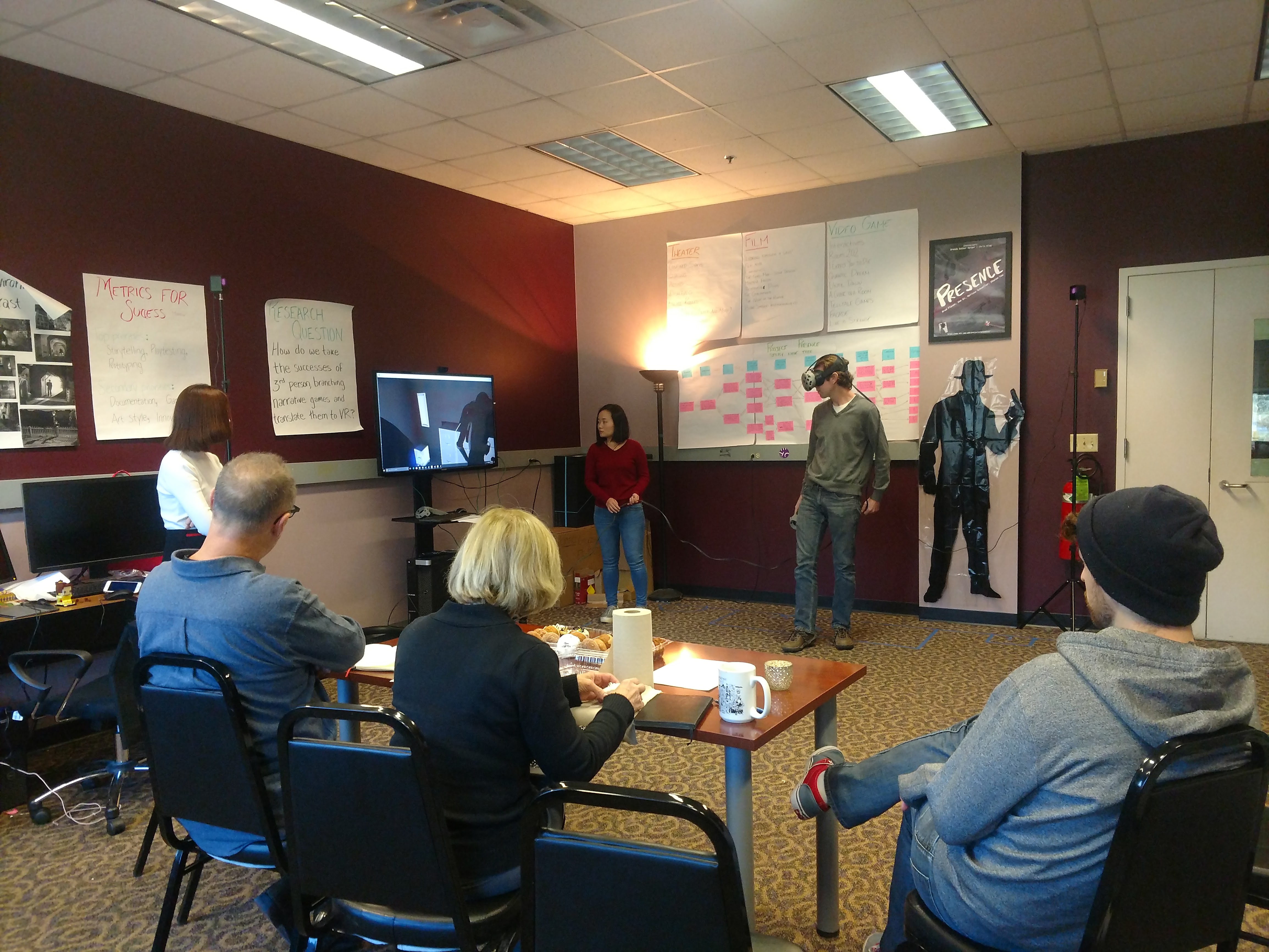