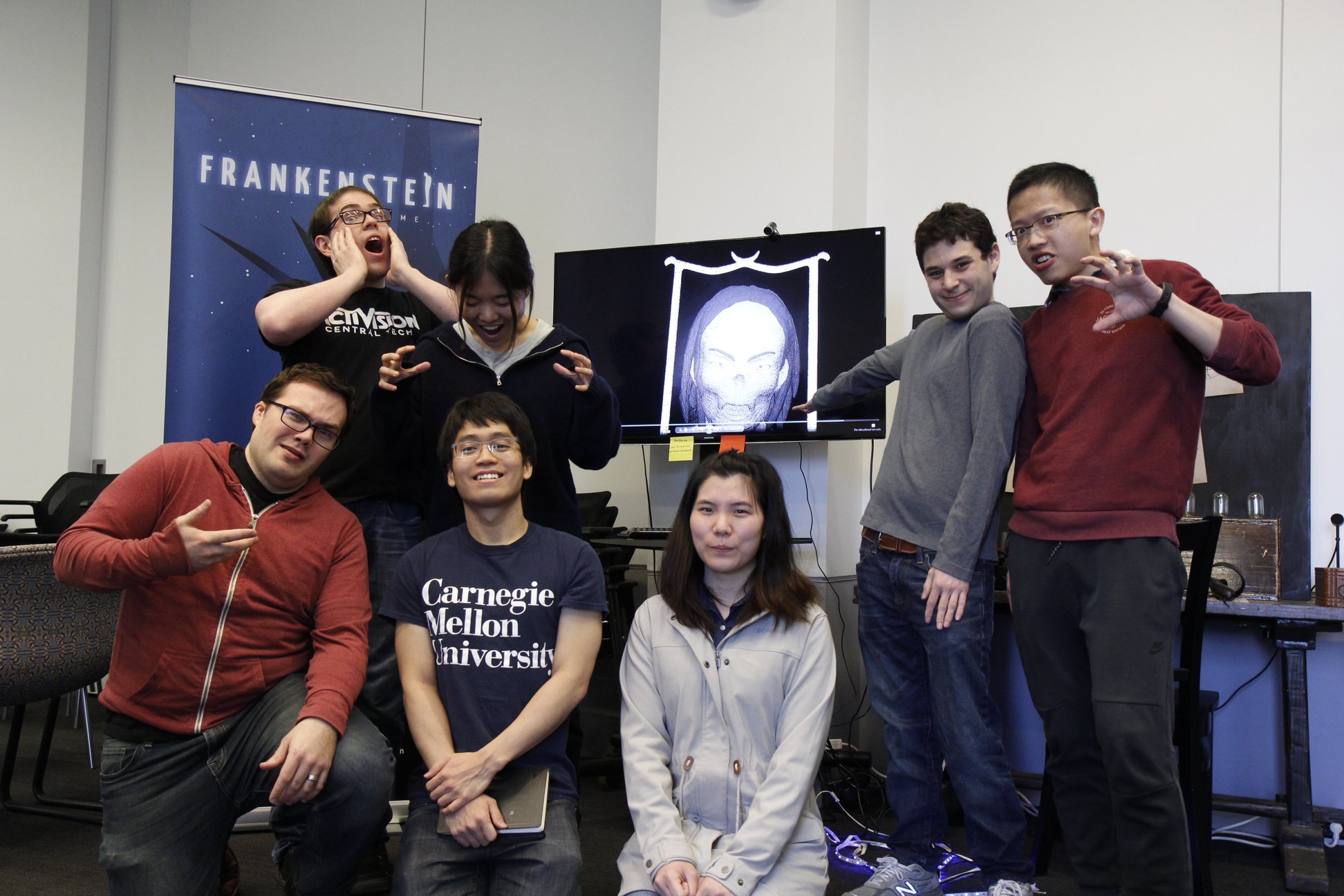 This past week we faced a major trial: Presenting our experience hands-on to the entire faculty for Soft Opening.

On Monday and Tuesday, we set up our full experience in the ETC’s main lecture hall, the RPIS. We thought this would better simulate the type of setting the installation would be in than simply showing it in our project room. Reception was mixed.

END_OF_DOCUMENT_TOKEN_TO_BE_REPLACED

As we’re barreling towards the finish line, it’s worth going over a recap of what’s gone on in the past month.

Picking up where the last blog entry left off, the ETC’s official Playtest Day gave us the opportunity to see how naive users with no knowledge of VR or the Frankenstein novel would react to our experience.

END_OF_DOCUMENT_TOKEN_TO_BE_REPLACED

Last week was primarily consumed by rehearsals for Halves. We wanted to give the best representation of our work possible so we put a great deal of effort into making our speeches and slideshow solid.

We left feeling very confident, as everyone did their part and said the direction of the project thus far. It also gave us an opportunity to show off our custom team T-shirts.

END_OF_DOCUMENT_TOKEN_TO_BE_REPLACED

It’s been some time. The past two weeks have been something of a blur for us. That’s because we had the double header of Spring Break and the Game Developer’s Conference, which three of us attended.

Though this meant we weren’t all together in the project room often, we were still able to get a significant amount of work done individually. Over Spring Break, the writers (Jared, Justin C, and Justin F) put together the diary entries for the physical installation. Likewise, Yein drew the illustrations that will be included in the diary.

The biggest accomplishment we made during this time, though, was creating a full first pass of the VR experience. It was very rough and lacked many of the final assets, but it had the basic skeleton from start to finish.

During Week 9, Iris, Charlie, and Justin F handled the home front. Here’s what they had to say about progress that week:

END_OF_DOCUMENT_TOKEN_TO_BE_REPLACED 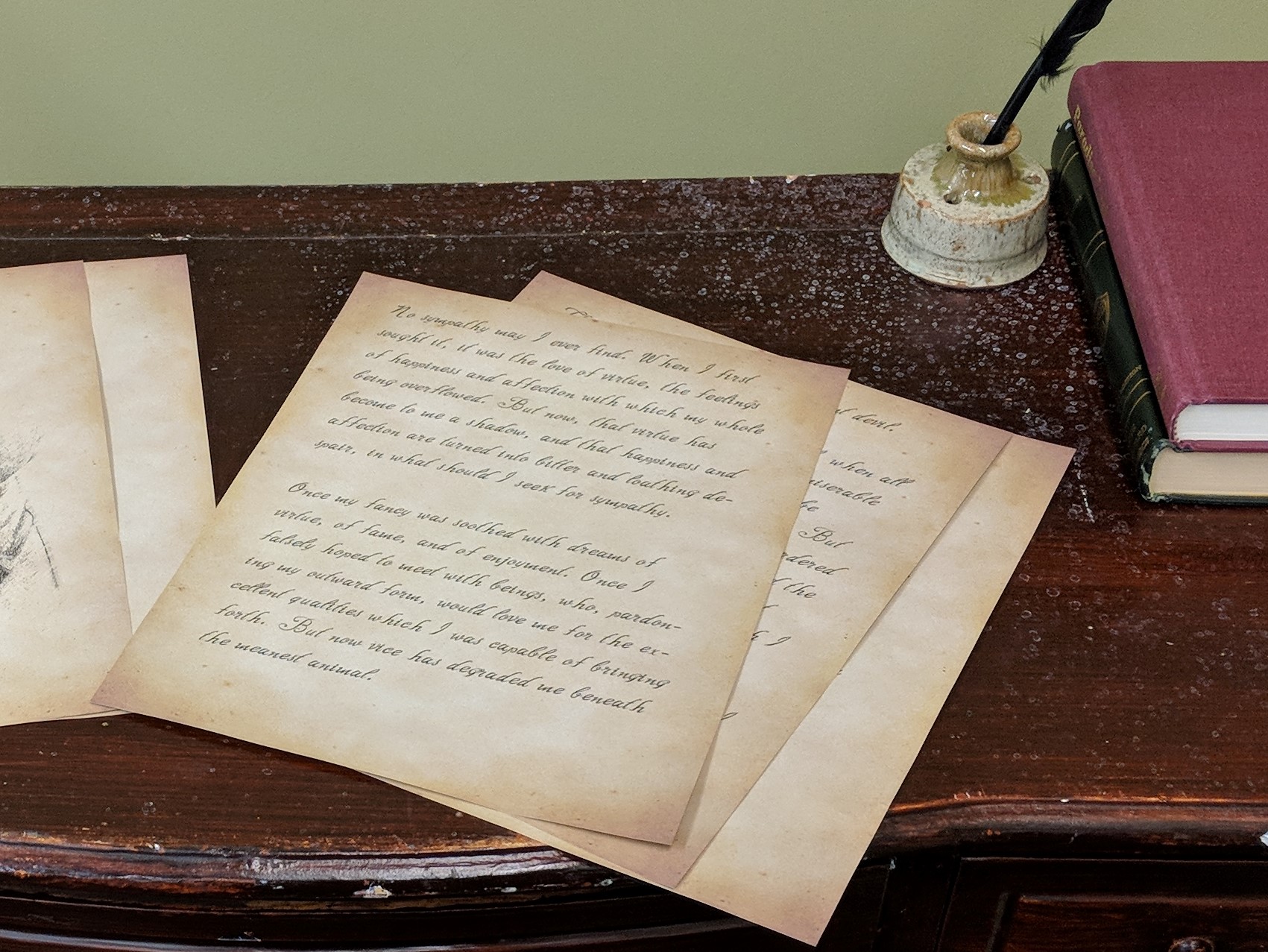 This week was quite a lot to talk about.

The team put together three blocked-out scenes in Unity. As these have the architecture, lighting, and object placement set up, they are effectively able to show the tone we hope to portray in our experience. In this way, our vision is easier to communicate and we hope to use that to our advantage with playtesting.

We went over a number of installation elements that had been vague up until this point. The way the physical installation will look was a big part of this. Our goal thematically is to make it look as if this is something of a historical archive. In other words, we’ve taken these documents and items from the creature himself and are preserving them for attendees to see.