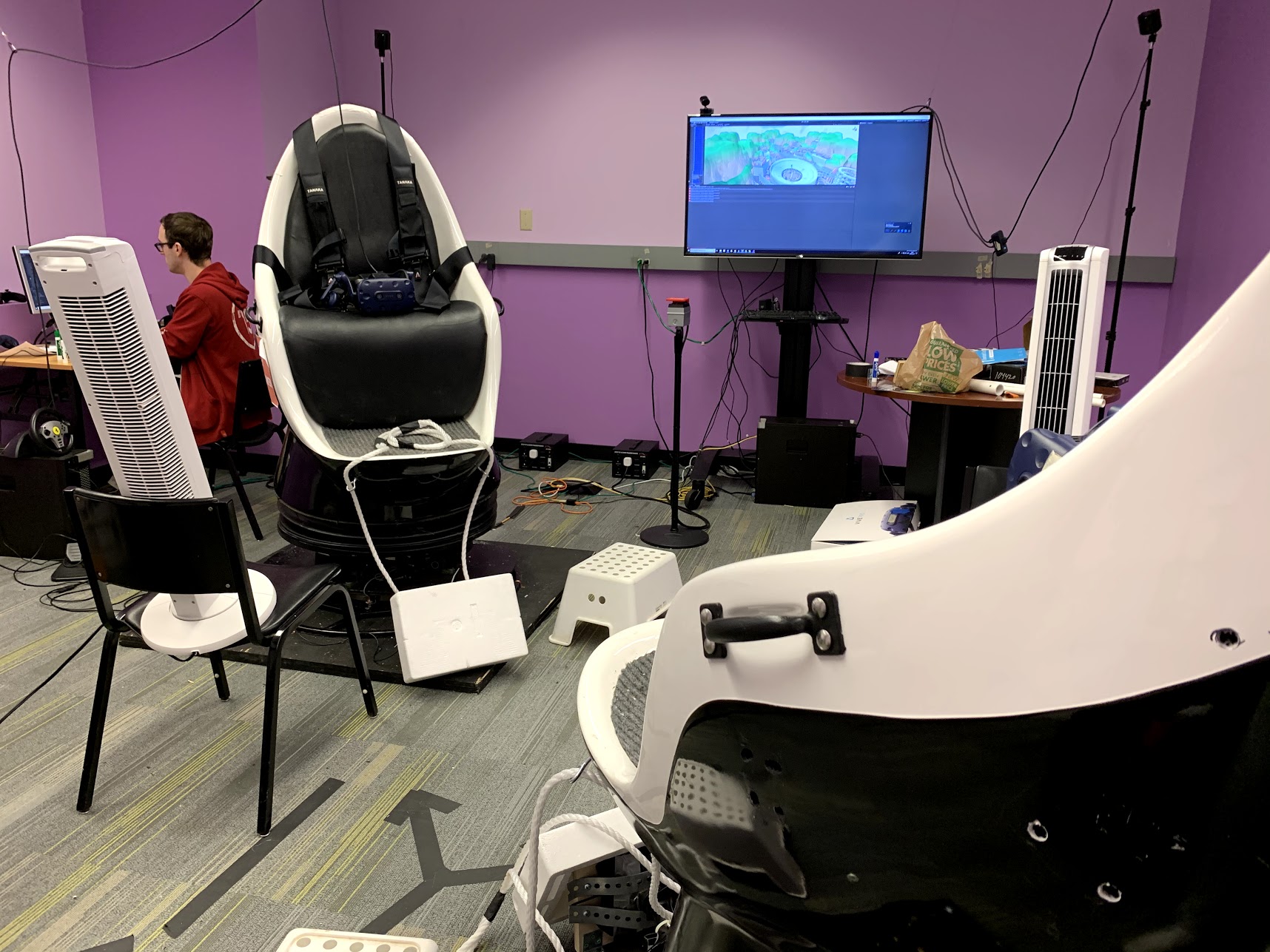 This was another week of cruising through production and polishing up lots of the things that were started/finished over the past two weeks. We are happy with where we are at, but we also know that we have plenty more ideas for extensions of this world. We will telling the faculty that on Monday and pitching our Global Design Doc to them in addition to playing the game itself.

As for the game, here is where we stand… I mean gallop… I mean fly… You know what I mean.

We also have some more questions, though, based on feedback from various days of playtesting that maybe some faculty feedback could help sort out. Are the instructions clear enough? Do the audio cues make sense? How does the length of the reins feel? Should we ever show the other player’s score? Things like that that are easily fixed and managed, but we are currently undecided on.

We have also started documenting how we want to approach Festival. Thanks to one teammate’s “research trip” to Florida for IAAPA, we have lots of resources for guest experience regarding pre-show and post-show experience. We will be working on a safety/intro video for the line queue as well as various safety signs and other props for the rooms to make them feel more like Ancient Greece.

We got a lot going on, but hey, that is what we signed up for. We are eager to hear what the faculty think and potential suggestions to make Pegasus even stronger before Festival.