On Friday, we had a grand playtest for 3 prototypes, and we invite more than 10 people to try out our games. For each tester, we gathered pre-playtest and post-playtest feedbacks from them. Among all 3 prototypes, Dancica and Mosica received mostly positive feedback, Icica is on the other hand confused most of the testers. But playtesters all enjoy the experience during playing.

Through this playtest, we also found some more technical issues that need to be solved. One of them is the lagging on Oculus Rift’s vertical tilting. We’ve tired out some solutions, including putting the wire into a backpack, but haven’t found the best solution to fix the problem yet. Other than that, our system works well, and we’ve also got some idea about the final big game.

In this week, our team developed three executable prototypes: Different bodies, Body Music Generator and Dance Recorder. Each of the prototypes have been playtested on Friday, and according to the feedback, two of the prototypes need to be further polished so that the player can feel the immersiveness. 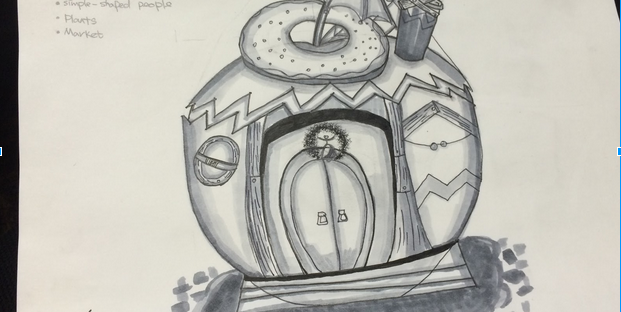 This week, we prepared for the ¼ walkaround before Wednesday. Although the speed we set up the presentation is a little bit too slow, we still gathered a lot of information from our advisors, Salvador and John. And also, we received a lot of valuable feedback from the faculties.

On Thursday, our team talked about the plan between quarters and halves. Because of GDC and Spring Break, our team will have a 2 weeks window which might be lacking people to work. Therefore, we set up our deadline for Halves presentation on March 2nd, which will be 2 weeks later. For saving more time, our team also decided to divide into 3 parallel working prototypes for these 2 weeks. 3 prototypes will be done by the end of February. And we scheduled weekly meeting hours with Steve, and also complete playtest on Friday weekly. Sprints will be defined by weeks, and our current goal is to make runnable prototypes by next Friday and ready to be tested.

On Friday, our team decided that Joseph, Fan and K will working on one prototype each, and Michael will focus on body visualization. Jiaqi will be doing artworks for 3 prototypes, and Maria is going to help her out. Our goal for next Friday will be 3 runnable games, now it’s time to start working!

During this week, we merge up the code from Fan, Michael, Joseph and Kanglei to become one whole experience. On Thursday, the game successfully run under wired Oculus DK 1 (with USB connected to computer, portable power layout, wired DK1 manager) and Motion capture system run under 60 fps. Except for the feedback for player to understand which buttons has been triggered is not obvious enough, the biggest problem we faced is the 1~2 second latency between player’s action and our program. We haven’t be able to find out the reason yet, but we suggest 2 possible situations that may cause this: the computer is too old to run this (display card is about 5 years old),  or either the power supply for Oculus Rift is not enough.

On Tuesday, our team have a 30 minutes talking to Jesse, and told him about our project and our goal. And we received some precious feedback, including what’s separate Motion Capture from others, and what are some successful projects in Motion Capture did. The idea of “using body as an input” became the concentration we have afterwards. So we did some modifications on our semester plan, and also a brainstorm meeting on Friday to figure out what are the cool stuffs we can try in this prerequisite.

Our team also had a short talk about what we are going to present on Quarters walkaround. With advices from Salvador and John, currently we are looking for a document, a video that will be shared or cited by other people as our goal. But, details and the real final delivery still hasn’t be decided yet. We will talk about this and make sure everything before next Monday, and finished our quarter presentation before next Tuesday. We are also thinking of making a short frap video about MoCap, and also what we’ve done in our maze prototype.

This week, we have a lot of progress, and we will start research on Sansung VR Gear as another solution for the laggy problem as well. In short, our first prototype is about to be done and ready for presentation. After quarters, we are going to step into next prototype, which is about body as an input.