This week was spent iterating on the rough areas of our game and polishing the areas that could benefit from more detail.

We continued to work on making the web event more clear by making it easier to time the jump as well as adding a new visual effect to show that the enemy is about to charge. We also started work on the animation sequence that occurs after the web event (the one that leads to the serene end level). The implementation of this is still in progress but will be completed by next week.

A lot was changed (for the better) in terms of level design. We implemented a tutorial at the beginning to help teach players the controls and the functions of objects they can interact with. We also changed how the halo light that the player emits (when jumping) works. Before the halo effect was static and occurred every time the player jumped. Now it is directly related to how damaged the player is; the more damaged he is, the more light he emits. The light from the halo also serves as a way to collect fireflies – when the light reaches a firefly, that firefly is collected. The message we are trying to send is that as you battle adversity you will experience pain, but only through overcoming pain will you discover the strength hidden within you.

We have also continued to improve upon the sound scape. For collecting fireflies, a random melody sequence is chosen to play each time so you never hear the same melody twice. Falling rock objects now have sfx that correlate with the velocity at which they collide. Also, the sfx for collecting flowers has changed to a guitar chord to differentiate it from the collection of fireflies. Combined, these additions serve to diversify our game’s world through sound.
All of these changes were implemented just in time for a playtest we conducted with teenagers on Friday. The overall feeling communicated from the teenagers was that our game was like, cool…but like…it could be cooler. In all seriousness though, we are very grateful to the teenagers who took the time out of their Easter vacation to come playtest our game. We received a lot of valuable feedback that we plan on using as a guide for next week’s tasks. Stay tuned! 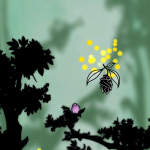 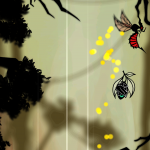 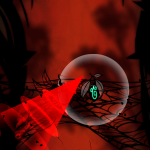