All systems are online: the engines are at maximum power, the fluxuator is fluctuating, the coffee pot is full, and the development process has begun.

At the start of the week we met to discuss the finer details of our game’s theme, art style, and story. The result was a modification of our idea. Instead of the player controlling a water droplet on a painting, they will be a seed falling through a forest; from the canopy to the undergrowth.

As the player descends they encounter different layers of the forest. Each layer is characterized by a change in tone, color, and foliage. The journey starts in the light green layer at the top of the canopy, where the tone is contentment and safety. As the player falls they transition into the yellow layer, where the tone is worry and they must evade jutting branches that obstruct their path. They encounter an increasing number of branches until they plummet into the red layer, where they are confronted with thorns that further block their way. The difficulty ramps up until they plunge into the final layer, dark green. Bioluminescent plants inhabit this area, and when the player sinks into the earth they become bioluminescent themselves. The mood of this layer is serenity.

With our game concept more firmly in place, we started developing. When it came to choosing a game engine we chose Unity over Corona. The reason being that both our artists and engineers have experience working in it which will make our pipeline smoother in terms of level creation. We are also interested in making our game cross-platform which Unity has extensive support for.

Our first prototype is scheduled to be completed by next week, after which, we will playtest and iterate once more. We will also begin preparing for ¼ presentations which will take place on February the 19th. Stay tuned! 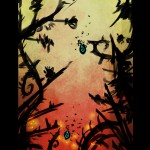 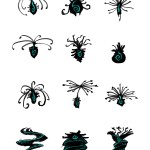 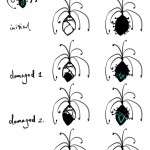 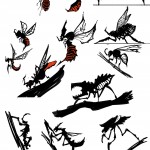