The focus of this week was to continue iteration on the web event, begin work on the serene end level and improve the firefly behavior.

Changes that were made to the web event include events both prior and during the event itself. Our previous version had the enemy attempt to charge the player, run into branches instead, have the branches break as a result of the charge, have a rock fall as a result of the branches breaking, have the enemy incapacitated as a result of the rock hitting him which causes him to fall into the web. We decided to changed that this week by making the enemy charge into a thorn which incapacitates him and causes him to fall into the web. The reason for the change is because we felt like the previous version was too complicated and had too many cause/effects for the player to follow in such a short period of time. New things we added to the actual web event included new textures/particle effects for the web to show that it’s breaking as well as making sure the enemy and player move with the web as it bounces.

We also began working on the serene end level this week. Although it’s not implemented in the game just yet, we’ve created most of the art assets that we’ll need. Now it’s just a matter of placing everything in the Unity scene.

One change that we’ve wanted to make for awhile has been re-doing the fireflies. The old version of the fireflies had a swarm-like flocking behavior that was distracting and took away from the experience and was also not optimized for performance (which ended up causing problems). This week we were finally able to revamp the entire firefly system. Collecting fireflies is now more enjoyable and visually pleasing.

Much got done this week but it wouldn’t be complete if it didn’t come with it’s own set of problems. The ugliest one we ran into was a memory/cpu issue when attempting to build for iOS. The problem occurred as a result of texture sizes being too big and the gamelogic in the old fireflies being unoptimized for performance. The problem is fixed for now but we’ll need to be more conscientious about optimization in the future.
Next week we plan on implementing the serene end level and iterating on what we’ve already developed. Stay tuned! 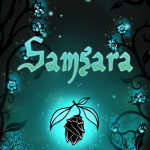 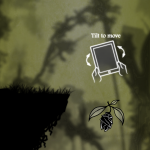 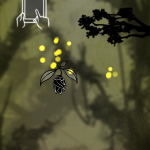 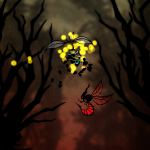 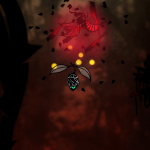 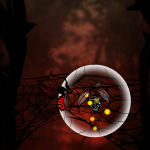